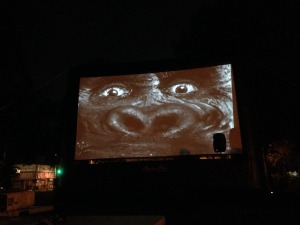 The summer of 2009 witnessed the inaugural season of Classic Film Fridays. The line-up for the summer included six films — “The Taking of Pelham 123″; “Working Girl”, “Serpico”, “Moonstruck”, “Do the Right Thing”, and “Saturday Night Fever” — to be exhibited in downtown Jamaica’s Rufus King Park.

In the summer of 2011, Classic Film Fridays returned to downtown Jamaica’s Rufus King Park under the banner of Classic “Boxing” Film Fridays. Films featured in the 2011 line-up included: “The Set-Up”; “When We Were Kings”; “Rocky”; “Raging Bull”; and “Cinderella Man”.

In the summer of 2013, Classic Film Fridays returned to downtown Jamaica’s Rufus King Park under the banner of Classic “Bond” Film Fridays. Films featured in the 2013 line-up included: “Goldfinger”; “The Spy Who Loved Me”; “For Your Eyes Only”; “GoldenEye”; and “Casino Royale”.

In the summer of 2014, Classic Film Fridays returned to downtown Jamaica’s Rufus King Park under the banner of Classic “Monster” Film Fridays. Films featured in the 2014 line-up included: “Frankenstein”; “King Kong“; “Godzilla”; “Alien”; and “The Thing“.

In the summer of 2016, Classic Film Fridays returns to downtown Jamaica’s Rufus King Park under the banner of Classic “Psycho” Film Fridays. The following films will be included in the lineup. 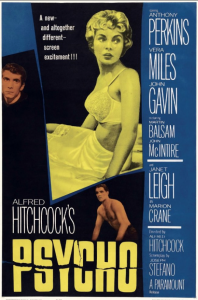 Certainly Hitchcock’s most unrelenting exercise in terror, PSYCHO remains one of the most terrifying films of all time. Countlessly imitated but never equaled, PSYCHO’s tale of a strange young man and his possessive mother features the now-famous shower scene, the sinister Bates Motel, and the creepy house that overlooks it.
“Misery” (Rated R – 1991)
Friday, July 15th – 8:25 pm 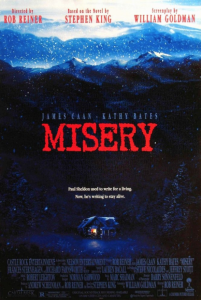 Adapted from a Stephen King novel, Rob Reiner’s Misery cast James Caan as a writer at a career crossroads. The film opens with Paul Sheldon (Caan) completing work on his latest novel, a break from his popular series of novels featuring the character Misery Chastain. He gets into a severe car accident and is saved by Annie Wilkes (Kathy Bates), a reclusive woman who nurses him back to health. Annie is a huge fan of the Misery novels, and she finishes reading the new one while Paul is convalescing. She becomes enraged when she discovers that Paul has killed off Misery. Annie injures Paul’s foot severely so that he is unable to leave her house, and forces him to write a new Misery novel. A local sheriff (Richard Farnsworth) and Paul’s agent (Lauren Bacall) both attempt to track down what happened to the missing author.

In this multiple Oscar-winning thriller, Jodie Foster stars as Clarice Starling, a top student at the FBI’s training academy whose shrewd analyses of serial killers lands her a special assignment: the FBI is investigating a vicious murderer nicknamed Buffalo Bill, who kills young women and then removes the skin from their bodies. Jack Crawford (Scott Glenn) wants Clarice to interview Dr. Hannibal Lecter (Anthony Hopkins), a brilliant psychiatrist who is also a violent psychopath, serving life behind bars for various acts of murder and cannibalism. Crawford believes that Lecter may have insight into this case and that Starling, as an attractive young woman, may be just the bait to draw him out. Lecter does indeed know something of Buffalo Bill, but his information comes with a price: in exchange for telling what he knows, he wants to be housed in a more comfortable facility. More important, he wants to speak with Clarice about her past. He skillfully digs into her psyche, forcing her to reveal her innermost traumas and putting her in a position of vulnerability when she can least afford to be weak. 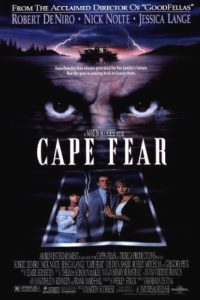 Martin Scorsese’s remake of Cape Fear provided the director with a box-office success to follow up the critical success of the previous year’s Goodfellas. After serving a lengthy prison sentence for a sexual assault, Max Cady (Robert De Niro) comes calling on the man who served as his public defender, Sam Bowden (Nick Nolte). Max begins a campaign of harassment against the man and his family because Bowden buried a report that would have in all likelihood acquitted Cady of the charges against him. Bowden’s shaky ethics continue in his personal life as he is considering beginning an extramarital affair with colleague Lori Davis (Illeana Douglas), since he and his wife, Leigh (Jessica Lange) have had a difficult time coming back together since he has admitted to previous indiscretions. Cady infiltrates the family most insidiously by cultivating a relationship with the Bowden’s troubled teenage daughte, Danielle (Juliette Lewis), who is all the more susceptible to Cady’s advances because of her parents’ problems. 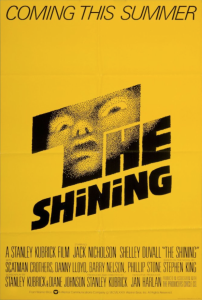 Called “a masterpiece of modern horror” and “a tour-de-force of sheer terror” by the critics, Stanley Kubrick’s film is a chilling adaptation of Stephen King’s novel. THE SHINING combines eerie special effects, haunting performances by Jack Nicholson and Shelley Duvall, and an unmistakable aura of evil into a spectacular horror film.

Support for Classic Film Fridays has been provided by: